An Update and Boston Kick-Off! 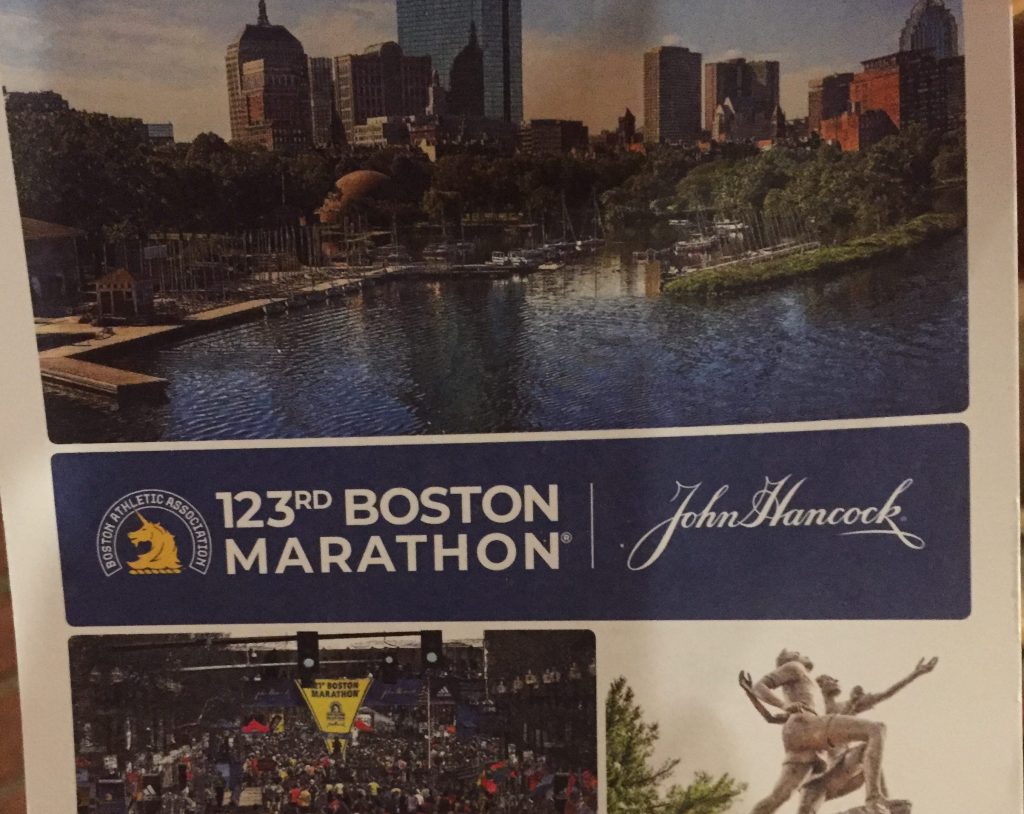 So, what the heck is going on? I posted a race report from the Erie Marathon. More or less dropped off the face of the blog-planet except for occasional training logs. Then one little tiny meditation on pain and snakes. What gives there, Professor Badass?

Maybe it’s time for a somewhat more thorough update. I thought when I got through Erie successfully that maybe I had dodged the plantar fasciitis that had returned in early August. It didn’t bother me during the race, during the first week post-race, or during the first few runs back. My hips were out of whack and my whole body was really sore, but my foot felt ok. Except, as everything else started to feel better, my foot started to feel worse. I spent some time at the Maestro’s clinic, tried some dry needling, stretching, etc. I took a few days off running. I took a couple of weeks off running. I got a little angry and a little sad. Sometimes more than a little. 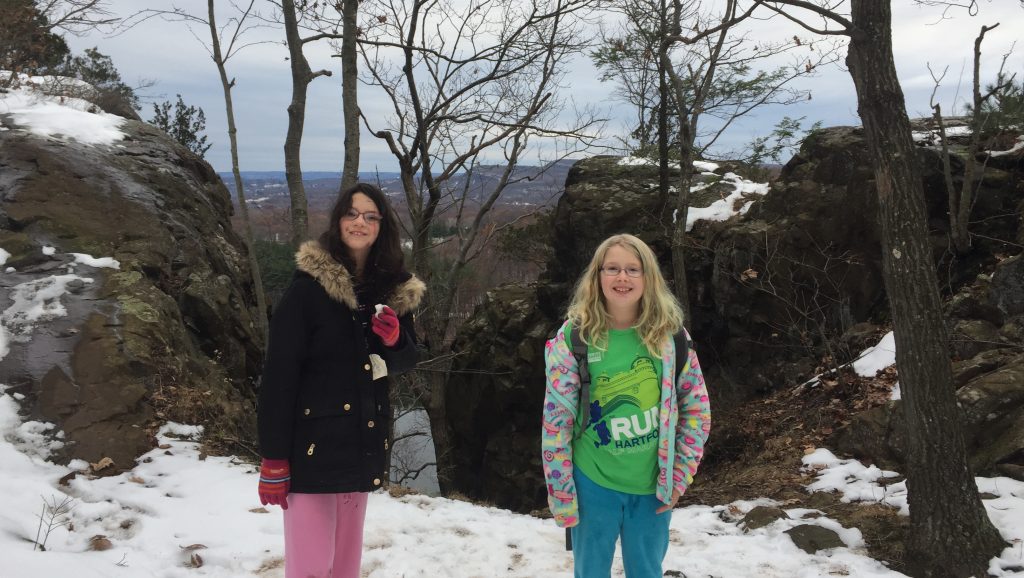 Hiking with the Girl Scouts got a lot easier once I started EPAT!

Meanwhile, I did a fair amount of professoring. I gave talks in Boston, Pittsburgh, and Washington, DC. One of my classes involves nearly non-stop grading so I did a lot of that. Luckily Middletown has a new and awesome coffee shop. I enjoyed time with Rose’s Girl Scout troop and cheering for my friends on Hartford Marathon weekend. I started a run/walk group at my church. I spent a lot of time in the pool and on the bike. For awhile I renewed my former hobby of googling “plantar fasciitis cure review” but I couldn’t get as motivated for it as I did last time around. Been there, done that. I fretted to Coach Mick, my family, and my friends. A lot of that was pretty boring, even to me. 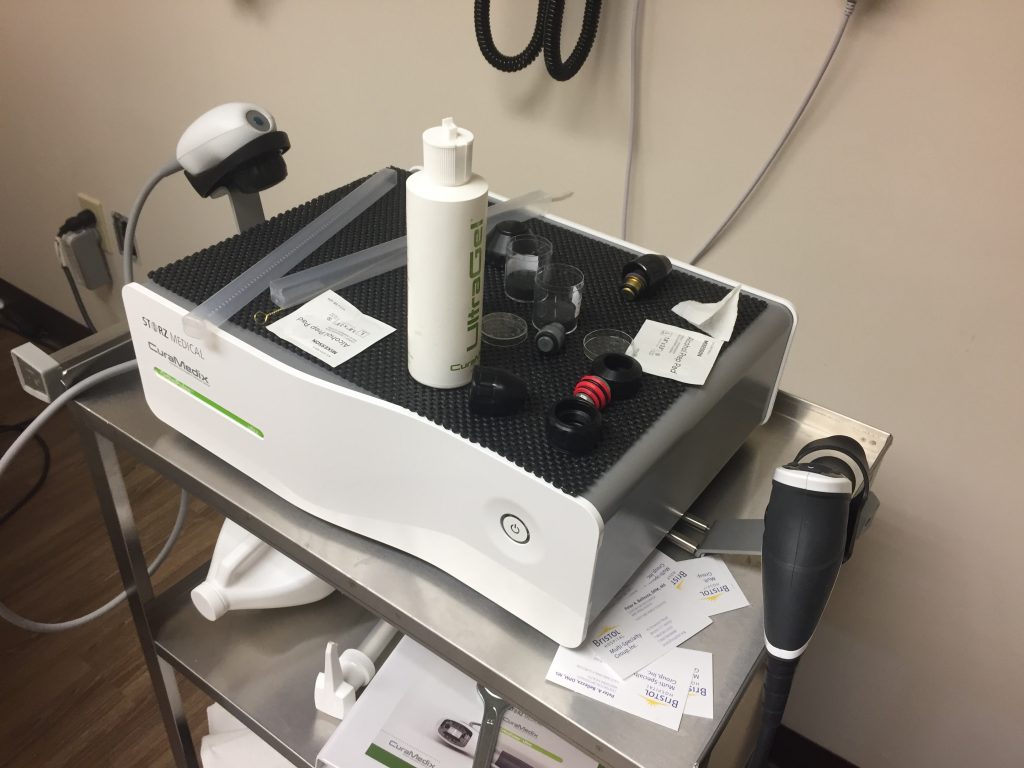 I also tried a new treatment. When my foot wasn’t getting better, the Maestro was worried about another tear of the plantar fascia and said I should get images to check, which I did. The first podiatrist I tried did not find a tear, thank goodness. He prescribed oral steroids and new orthotics, but I didn’t see any improvement. He also recommended a treatment called Extracorporeal Pulsewave Activation Therapy (EPAT), a version of Extracorporeal Shockwave Therapy (ESWT). I’ll write a full blog post on EPAT later, but it’s a therapy that involves sending shock waves into the affected region with the goal of breaking up scar tissue and promoting blood flow. It’s not covered by insurance and it’s not cheap. Prices turn out to be all over the map, though, so I did some calling around and found a doctor who does EPAT for quite a bit less, Dr. B. Dr. B also answered my many questions (in person and sent by follow-up email – this will surprise no one who knows me). He sent a list of scientific journal articles finding that EPAT could help with chronic plantar fasciitis. He never promised anything, but said that the scientific research showed that EPAT significantly improves or cures plantar fasciitis over 80% of the time. As Coach Mick put it – if the weather forecast were for 80% chance of rain, you’d take along an umbrella. Sign me up! I started writing weekly checks to Dr. B’s office. Five treatments at $100 a pop. Like I said, not cheap. But plantar fasciitis doesn’t just affect my running. A bad flare-up hurts when I lecture. It hurts when I walk around with my kids. It hurts when I cook. It’s pretty miserable. If $500 would fix it, that’s a great deal. 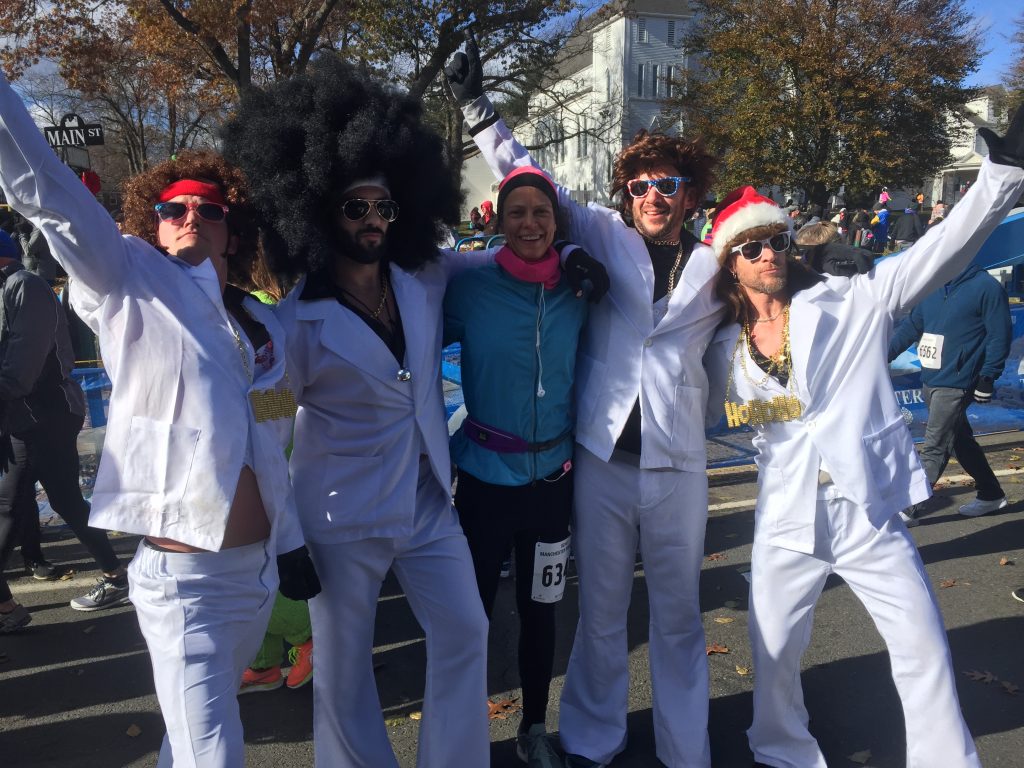 Is it working? I think so. I hope so. I’m not pain-free, but I’ve been able to return to running. Dr. B said we shouldn’t expect the full effect of the EPAT until 6 to 12 weeks after the last treatment. I have a follow-up appointment with him in late January at the 9 week mark. My foot has some good days and some less good days, but I’ve been able to run about 30 miles a week for the past six weeks. I’ve done a couple of track workouts and some tempo runs. I ran an absolutely frigid Manchester Road Race on Thanksgiving Day. Things are certainly moving in the right direction. I’m sort of wanting an official “kick-off” day for Boston training so I’m picking today, December 10th. We are 18 weeks out from the race. Let’s do this!

1 Response to An Update and Boston Kick-Off!