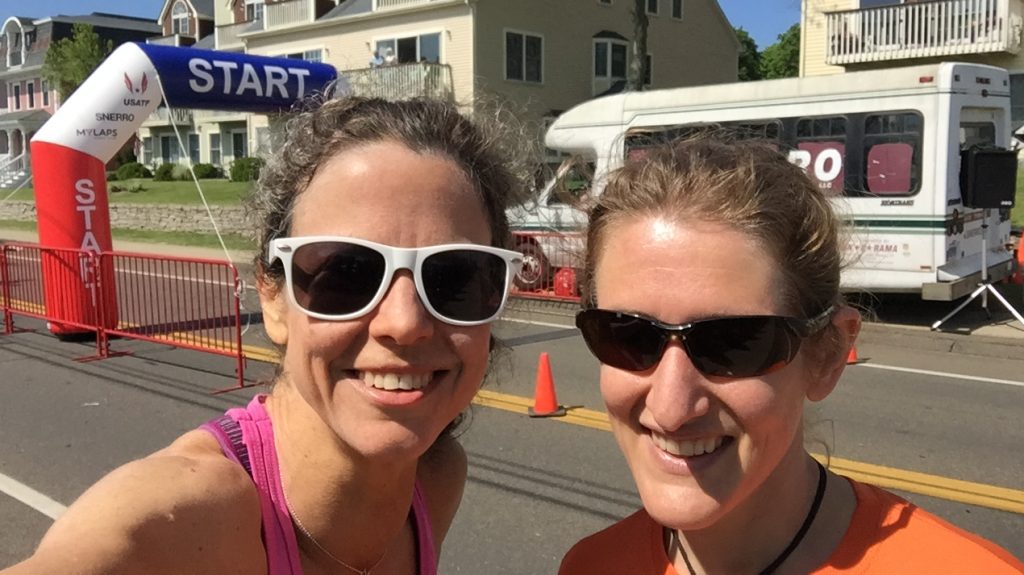 This is race number two in the shorter-and-faster kick I’ve got going between Boston and the start of training for Chicago. I partly ran this because it’s the USATF-CT Four Mile championship race – who even knew there was such a thing? I’m part of the Manchester Running Company (MRC), an official USATF club, and clubs compete at a series of races throughout Connecticut over the course of the year. In addition to regular age group placement, these races keep track of the best times for club members. Clubs compete against each other for bragging rights, but anyone who scores for MRC gets to take home some cold hard cash at the end of the year. I’m still learning how it all works, but it sounded like a fun chance to hang out with some people from MRC. Snarky Girl said she’d be along for the ride, especially with the promise of a post-race brunch, and that sealed the deal. To be totally honest, I was also looking for a little redemption after the Providence 5K, where I didn’t feel great about how I ran. 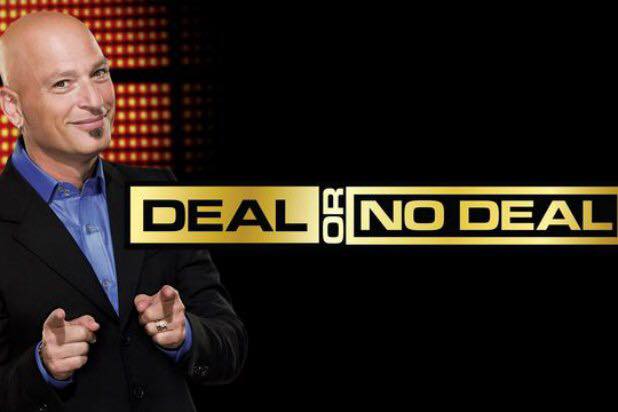 The day before the race, I asked Coach Mick about a race plan, noting that one of my main goals was to practice not going out too fast. I wanted to see if I could manage a more controlled start than I did in Providence – I really don’t know what got into me at that race! For the Delaney Dash, Coach Mick said to run the first mile at 7:45 pace, during the second mile move from 7:45 to 7:30, for the third hold at 7:30, in the fourth mile, give it what I had. That’s actually a lot more detail than he often gives me, but I was happy with the plan. We talked about staying under control at the start and “controlling” Howie at the end. Howie is one name for the guy who offers the deal, the moment when your brain suggests that you don’t care that much about running hard after all. I’m working on learning how to turn Howie down.

Tina Muir recently had a mental training week series on her Running for Real podcast. One guest, Justin Su’a, talked about your mind as a 10 ounce vessel. If you try to pour a gallon of water into a 10 ounce vessel, you’re only going to get 10 ounces in there. In other words, if you get the positive thoughts into your brain, there won’t be any room for negative ones. I love that metaphor, but it felt like I was still a few ounces short for a four mile race. Luckily the morning of the race, the Aussie, one of my favorite people in my Boston Buddies group, posted a great update on a breakthrough he’d just had with his training. The Aussie is older than I am, but really fast and getting faster. He just radiates integrity and kindness. I decided to run the middle miles for him.

The Delaney Dash starts at Saybrook Point, a beautiful park on the shore. On the drive down, Snarky Girl was talking about a book she’s reading about education and social justice. Even though that’s a topic I care a lot about, I could hardly focus and just kept visualizing the race in my mind. Don’t go out too fast. Hold on in the middle. Finish strong. No deals. Getting there and getting parked was simple and I’ll listen to you talk about that book some other time, Snarky Girl, because I have almost no idea what you said. 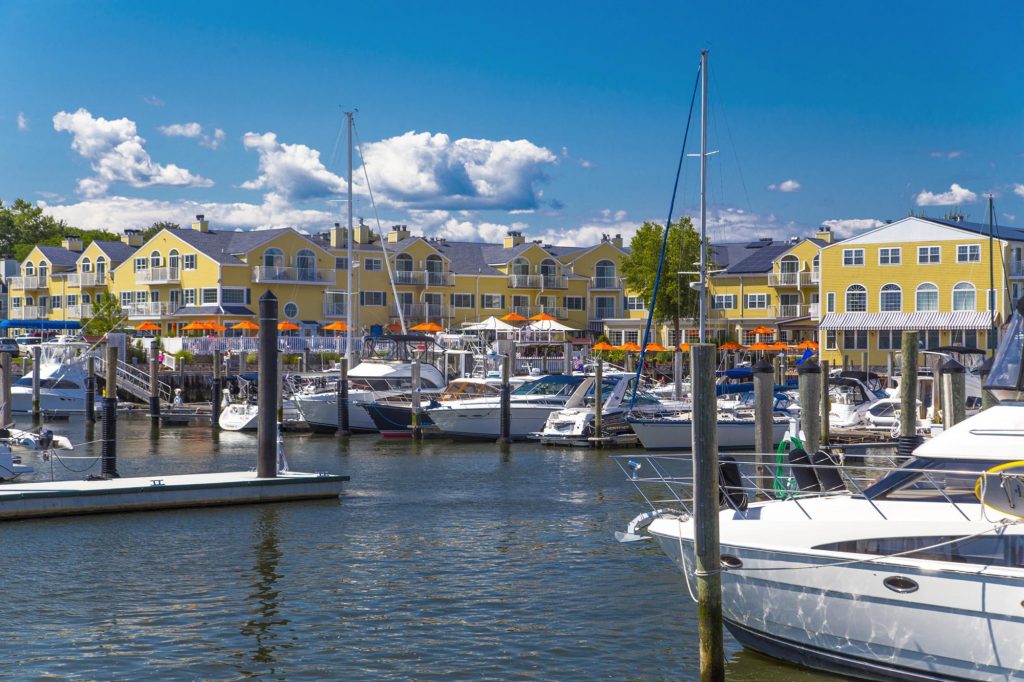 Old Saybrook really is beautiful. We spotted the Retiree and a bunch of MRC runners right away. Lots of super-fast-looking people were hanging around the start in their club shirts. Because this is the USATF-CT four mile championship race, the Delaney Dash attracts a fast field, which was clear when I had looked up results from previous years. Yes, I have become the kind of running dork who checks out things like that. Snarky Girl and I picked up our race packets and I got a last minute kick-ass pep talk from HPRM#1 and then we did our warm up on the causeway. It was an absolutely beautiful day and I was running near the water with one of my best friends. What a joy, regardless of how the race turned out! 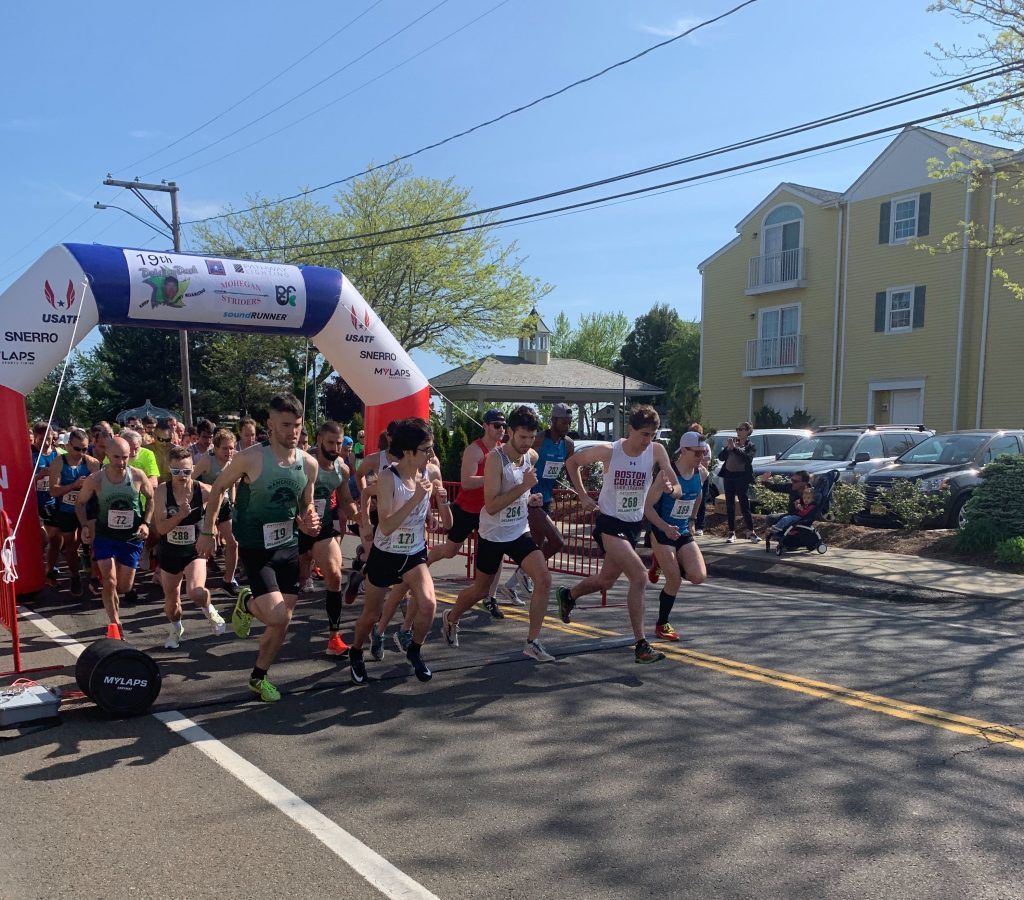 The gun went off and we started running. I hadn’t been able to get my Mighty music player started – I think maybe the battery was dead? – so this would be my first race in ages without music. The start felt so so slow. We were somewhat bogged down in traffic so we certainly didn’t start too fast. When I took my first peek at my watch, it confirmed 8:15 pace. Too slow. I didn’t fret about that – just sped up a bit and moved to the edge so I could pass people. Snarky Girl came with me and we got to 7:45 pace without too much struggle. She asked something about a race plan but there was no way I could explain the whole thing mid-race so I just said something like, 7:45 pace. First mile clicked off at 7:53. YES! That’s very close to 7:45 and it’s for sure not too fast. I did not want a repeat of Providence where I somehow managed to go out at 6:20 pace. I don’t even know how I managed to run that fast? Anyway, 7:53 with the traffic bog-down was great.

Much of the second mile was along the causeway and I focused on staying on pace. Snarky Girl pointed out people fishing – I saw them but I wasn’t doing any talking. I was speeding up to get to 7:30 pace, which we did! At the end of the causeway, Snarky Girl stopped at a water stop and I didn’t. Second mile clicked off at 7:35. Great! Right on pace! The back of my mind said – Snarky Girl will be back. You know she’s going to catch you and probably pass you at the end.

The course goes around a big loop through a residential neighborhood. It took focus to stay at 7:30. Here’s when I needed the Aussie. Run with integrity and grace, like he would, I thought. It’s true that the Delaney Dash means almost nothing to me. It’s true that I have barely a clue what a “good” time for a 4 mile race might be. It’s true that this race is in one sense “just practice.” Those things don’t matter. What matters is the purity of the race. The joy of running someplace beautiful in the sunshine. The process of learning how to pace these short races better. The experience of managing the end-of-the-race hurt that comes so much more quickly in a short race than in a marathon. Those things matter to me a lot even if the Delaney Dash in particular matters barely at all. HPRM#1 said this would be good practice running brave so I thought about that. I thought about how I am learning to meditate so I can observe what I’m feeling without engaging with it too much. I tried to just observe the fact that it was hard and it hurt without worrying about it and to commit to the race the way I knew the Aussie would. Mile three in 7:32. Yes!

Now we headed back on the causeway and of course, here comes Snarky Girl. She said something like “C’mon, good job!” and later confessed that she was thinking “What do I say? I don’t know her race plan. Is it obnoxious to yell at her to come with me? To pass her when I know how hard she’s been training and I haven’t been? No, she would want me to go so I’ll go! Plus, maybe I will collapse out here…” Snarky Girl was also working pretty hard! 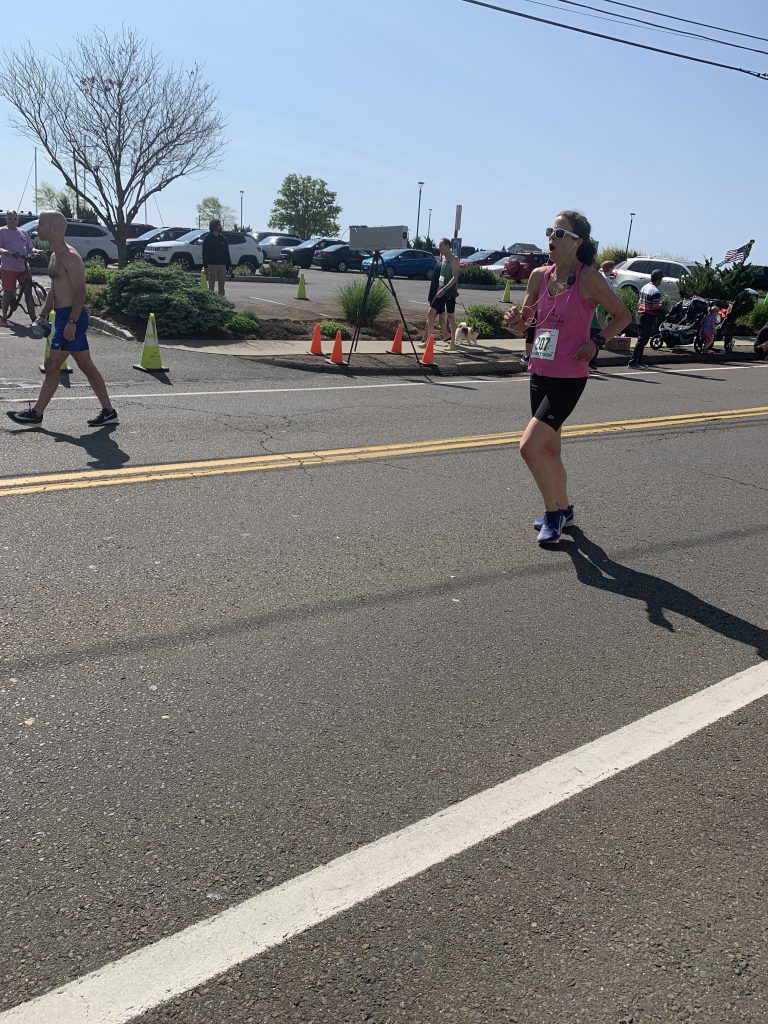 HPRM#1 had said the worst part of a 4 mile race is after the 5K mark when it seems like the race should really be over. I happened to get my 5K split which was about 23:45 and thought – hmmm, I need sub-24 to win a pie in two weeks and it’s going to be hotter than this in Florida, though today is also pretty hot, so can I do it? But then I went back to concentrating on THIS race and running brave even though, holy crap, I really wanted to stop especially after Snarky Girl ran by me. I knew it was Howie with his damn deal and I didn’t want the deal, but I sure wanted the race to be over. With no music I had been counting much more than usual and I just kept that up.

Then suddenly my mind flashed to a moment in training a couple of weeks ago. Snarky Girl and I were running 1000s on the track and I felt like I was dying. I was slowing down and I yelled for her not to let me quit. That moment felt horrible; loathsome is the word that keeps coming to mind. It’s hard to exaggerate how bad I felt with that desire to quit. I told Coach Mick about it afterwards and he said: Good. Remember that. That’s what giving up feels like and you hate it. Coach Mick is right – I hate giving up. Loathe it, with the core of my being. With half a mile to go, I mentally gave Howie a big shove right in his face and ran as fast as I absolutely could. I thought about elbows back and picking up my heels and quick turnover and how incredibly much I hate giving up. I counted and counted and I just ran like hell until I finally, blissfully crossed the finish line. 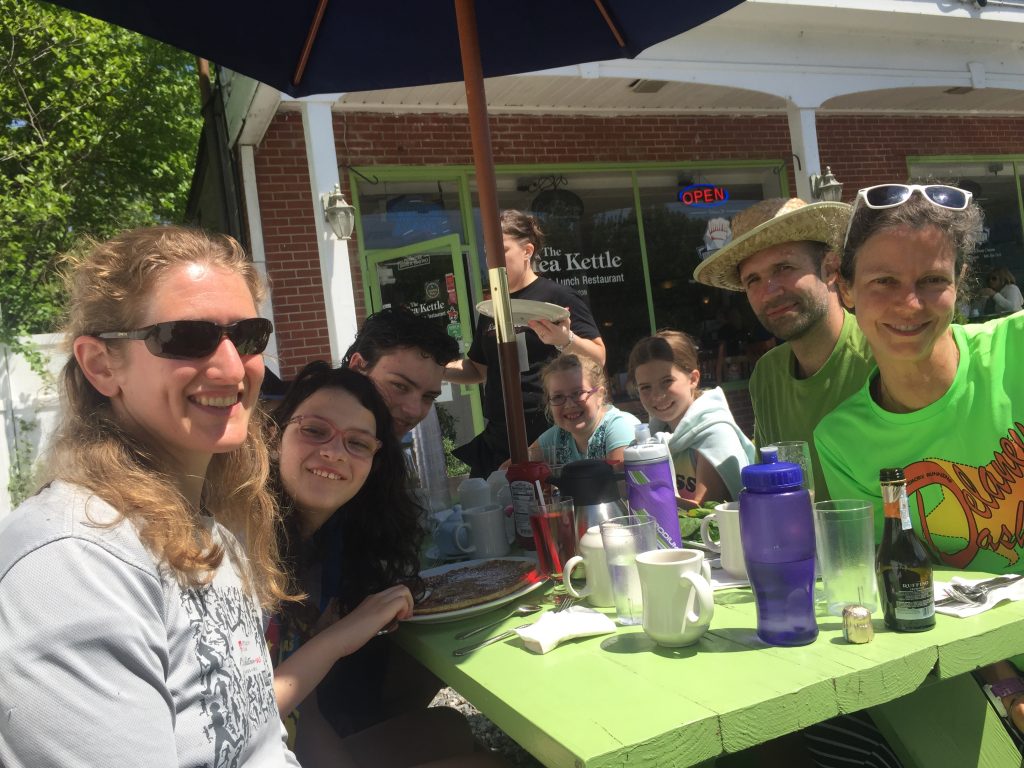 Mr. Snarky Girl had brought the kids – theirs and ours – and I had forgotten they were coming, to be honest, so it was a fabulous surprise to see them at the finish line. Once I crossed the line, I leaned on something or other, as usual, and sat down as quickly as I could. Everyone was there (except for the Incredible Mervus! Wish he could have come!) – Snarky Girl and both families and the Retiree and everyone was asking if I was ok, which of course I was. That’s just how I finish races and I ran this one really hard. Aidan said later, Mom, you just look terrible at the end of a race; you do this weird thing with your mouth. Haha! No doubt true, but: gun time of 30:57, chip time of 30:41! I was THRILLED to get under 31 minutes! I scored twice for MRC, once in the women’s open category and once for women’s grandmaster (over 50). That means I actually won some money, which completely blows my mind. I’m not sure how much yet, but hopefully it covered most of the delicious brunch we enjoyed after the race. Four miles is a totally weird distance, but the Delaney Dash was a lot of fun and I would definitely run it again next year. Heck, maybe I can find another race to run for money! 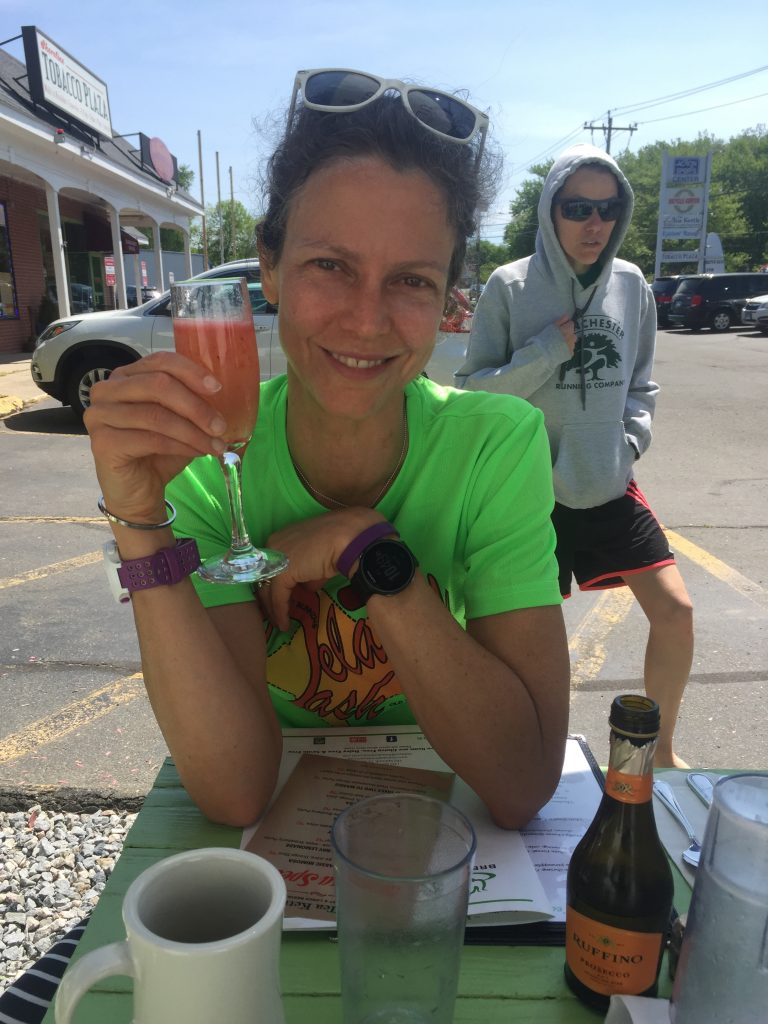 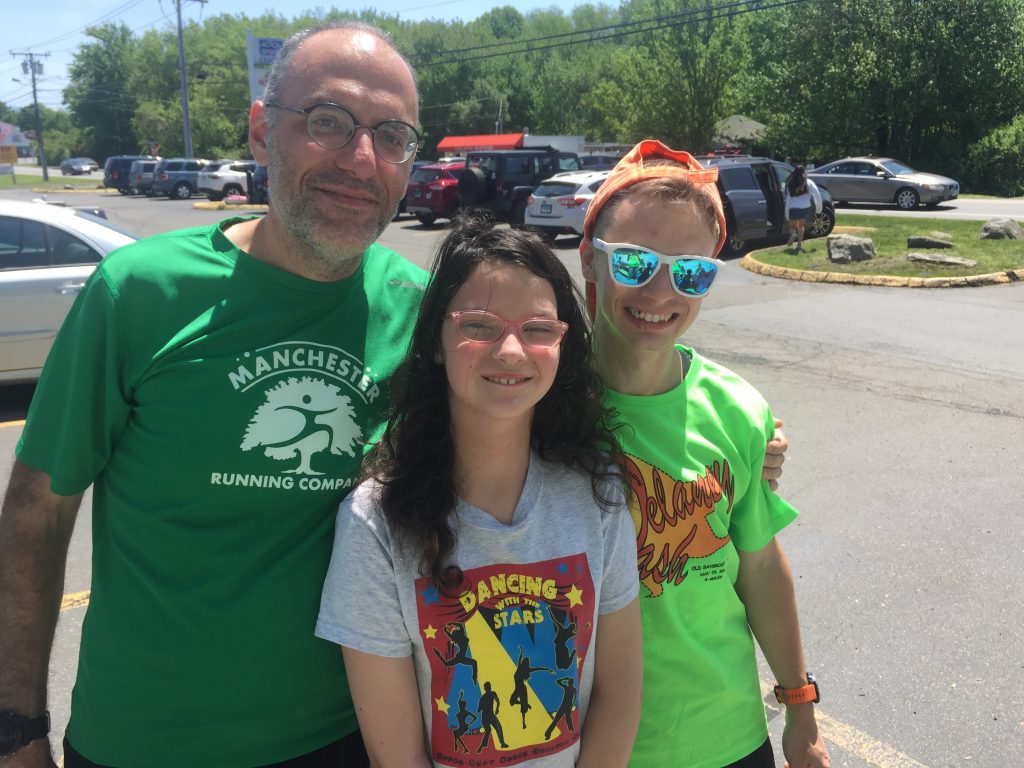 Bonus picture of Rose with the Retiree and the Kid. She said they are her two favorite pacers (sorry HPRM#1!).