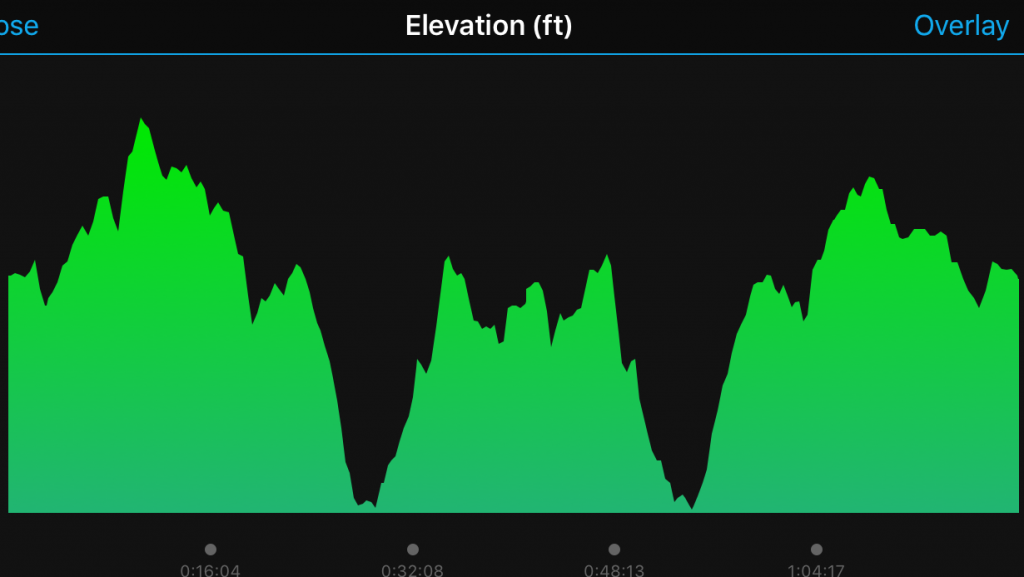 I haven’t been racing a lot so I’ve kind of fallen off the blogging bandwagon, but I sure have been running. Today’s workout was 9 miles total, 2 warm-up, 6 at aerobic threshold pace (8:15-8:30), 1 mile cool down. I usually run alone Thursdays and I almost always run an out-and-back course past Wadsworth State Park. That route is “flat” by Middletown standards with the exception of a significant hill at about the 2.5 mile mark. At that point the course descends by 100 feet over half a mile and then goes back up again, 100 feet, over the next half mile. On my last few runs, I have “beaten the hill” which in my mind, means, I held pace going up. Using gravity on the way down is fair game!

Today though, I felt pretty tired from the start. I’m running higher weekly mileage than I ever have before. The kids started school today and I leave for a work trip this afternoon. My head is crammed with Girl Scout schedules, lists of school supplies, and a big dose of melancholy that summer is ending no matter how tightly I try to cling to it. This is not a great recipe for running success. By the turnaround point, I was seriously losing heart. Coach Mick says, set yourself up for success, so I went ahead and had my “emergency” Gu, in case the sugar and caffeine boost did the trick. But they didn’t and I still felt myself fading, even wondering briefly if I should just call the Incredible Mervus and have him come pick me up.

Instead I remembered something HPRM#1 told me earlier this week. He says, you have to learn to love the bomb. It’s a reference to comedians. They know they are going to go onstage and bomb. Their jokes will fall flat, the audience won’t laugh, it will be incredibly uncomfortable. A good comedian isn’t just unafraid of the bomb. She learns to love it. To embrace the feeling of teetering on the edge of failure and even the plummeting downward as she reaches the edge of her capabilities. So I didn’t call Mervus for a pick-up. I didn’t phone it in by jogging the rest of the way home. Instead I just went for it. A couple of Lady Gaga songs came on my iPod shuffle and I thought, there’s a woman who surely loves the bomb or she could never sing like she does. I chanted “Love the bomb, love the bomb, love the bomb!” and I ran up the hill without checking my pace. 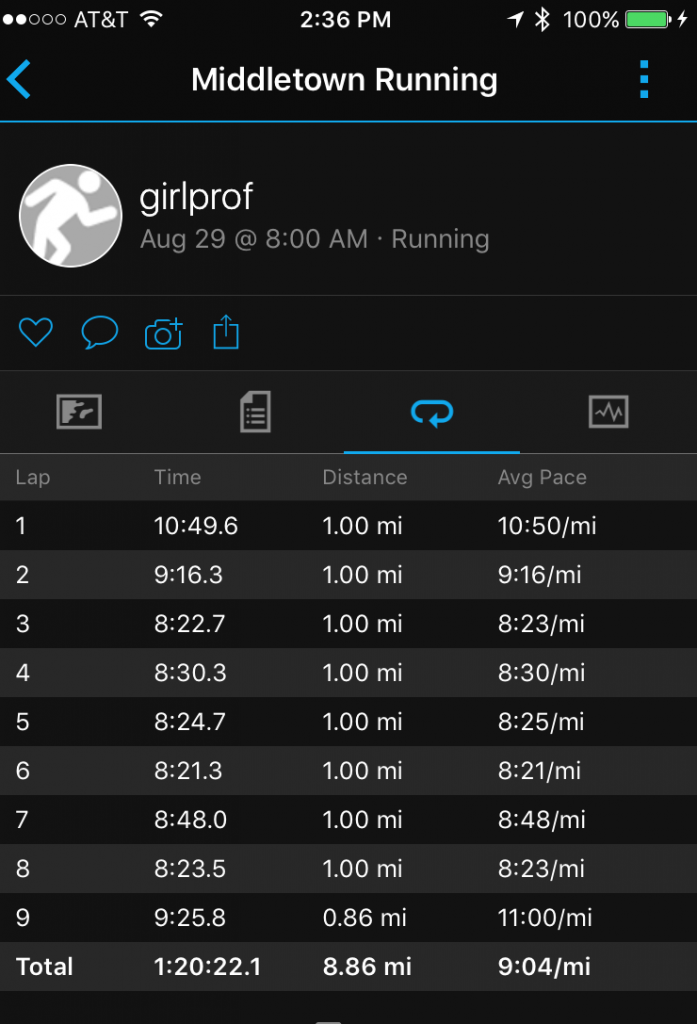 The next part of the story should be that I got to the top of the hill and my split was 8:30 after all, but that’s not how it goes. Instead, I kept running and I finally started to feel better. Love the bomb, love the bomb. Run hard, even when you aren’t going to make your goal, even enjoy the miss if that’s what happens. Finally that fifth aerobic threshold mile clicked off, 8:48, no beating the hill today, but I didn’t care anymore. I put Lady Gaga on repeat and kept right on going. Last mile before cool down: 8:23, back on pace. Of course I was happy about that but it didn’t really matter. I stayed tough when it got tough. That’s what counts.

1 Response to Loving the Bomb