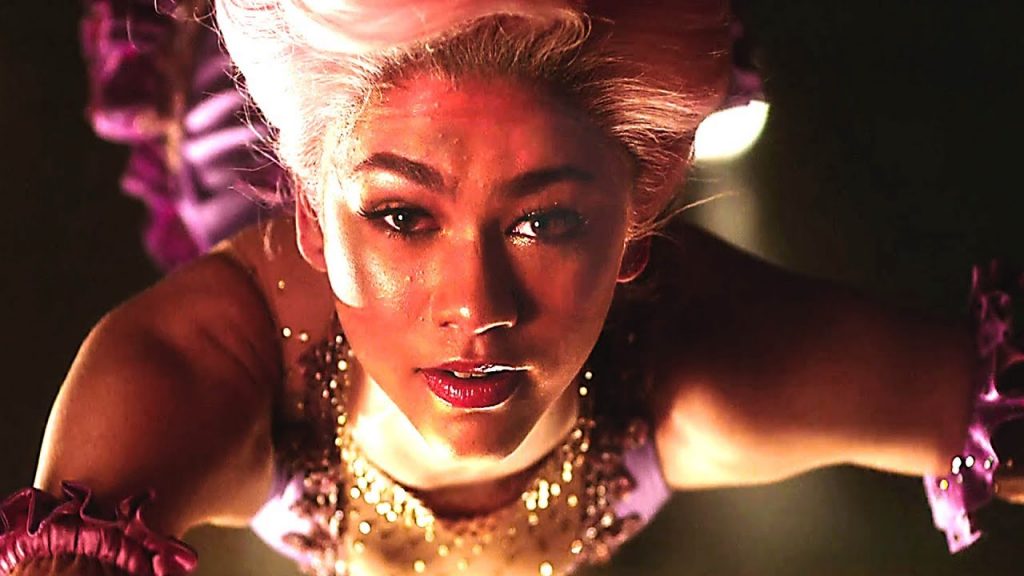 You know I want you
It’s not a secret I try to hide
I know you want me
So don’t keep saying our hands are tied
You claim it’s not in the cards
And fate is pulling you miles away
And out of reach from me
But you’re here in my heart
So who can stop me if I decide
That you’re my destiny?

What if we rewrite the stars?

That’s the love song for the young couple in The Greatest Showman. Surely people besides me sometimes use song lyrics to mean something very different from their original intention. To me, this is a love song to life, the life I want, the life I am building.

In the weeks leading up to the Boston marathon, I experienced a case of what I’m calling “identity whiplash.” Within a 24-hour period, I started reading Steve Magness and Brad Stulberg’s book, The Passion Paradox, and then High Power Running Mentor #1 (HPRM#1) told me that I still think of myself as a non-athletic academic bookworm and that I haven’t embraced my identity as a fast(er?) runner. Less slow runner?

One premise of The Passion Paradox is that the wrong kind of passion for an activity can lead to your identity getting wrapped up in it. You might have a hard time remembering that you have value apart from the activity. This is well-worn territory for lots of runners, I suspect. Serious runners who identify primarily or exclusively as runners and then struggle when they slow down or get hurt or just have a bad race. This sentiment is all over the running podcast universe. We might call this “over-identification” with running.

Yet there is another massive tribe of people out there, including at least sometimes me, who struggle simply to claim the identity of runner, or maybe once we are willing to do that, the identity of “faster runner” or “more serious runner.” After all, many people are faster than I am. I’ve been first in my age group a grand total of one time. I’ve never won a race and I don’t expect to. But I have also run 8 marathons now and two of my times are Boston qualifiers. That wasn’t a fluke – it’s something I’ve worked very hard on. HPRM#1 isn’t wrong though – a part of me still sometimes thinks, eh, I am basically a nerd who works quite hard at an activity I am not very good at and perhaps I got lucky. We might call this “under-identification” with running.

Salty, of Salty Running, suggested that “under-identification” sounded like imposter syndrome. I agree with her, though I hate that term. To me, “imposter syndrome” sounds like the “fault” of the “imposter” when the reality of identity change can be quite difficult and complicated. Wikipedia says “A syndrome is a set of medical signs and symptoms that are correlated with each other and, often, with a particular disease or disorder.” But it’s not a disease if your identity has not caught up with your capability. We decided to re-name this “imposter phenomenon.” It describes the state of affairs when there’s an identity lag between what you are able to do and what you think you are able to do. Whereas a “syndrome” might require a “cure,” perhaps an “identity lag” will simply self-correct with time.

The conversation with Salty helped me figure out why I find “over-identification” with running discombobulating. It’s been so much work for me to claim the identity of runner at all, let alone fast(er) runner, that it’s hard for me to understand the phenomenon of over-identification. There have been times in the past year when I can almost hear the metal scraping on metal as the gears in my brain try to catch up with what my body has already done.

Last spring, the one-two punch of HPRM#1’s comment arriving simultaneously with The Passion Paradox facilitated a significant jump forward. It’s like someone oiled the gears in my brain that were scraping on each other as identity tried to catch up with capability. When I first started thinking about this issue, I felt like I wanted “permission” to be something I wasn’t before. But permission from whom? The people who love me see how much I love to run and how running improves my entire life. Who can stop me if I decide that this bold runner-life is my destiny? No one. It’s a choice, my choice, to leave fear behind and rewrite the stars.