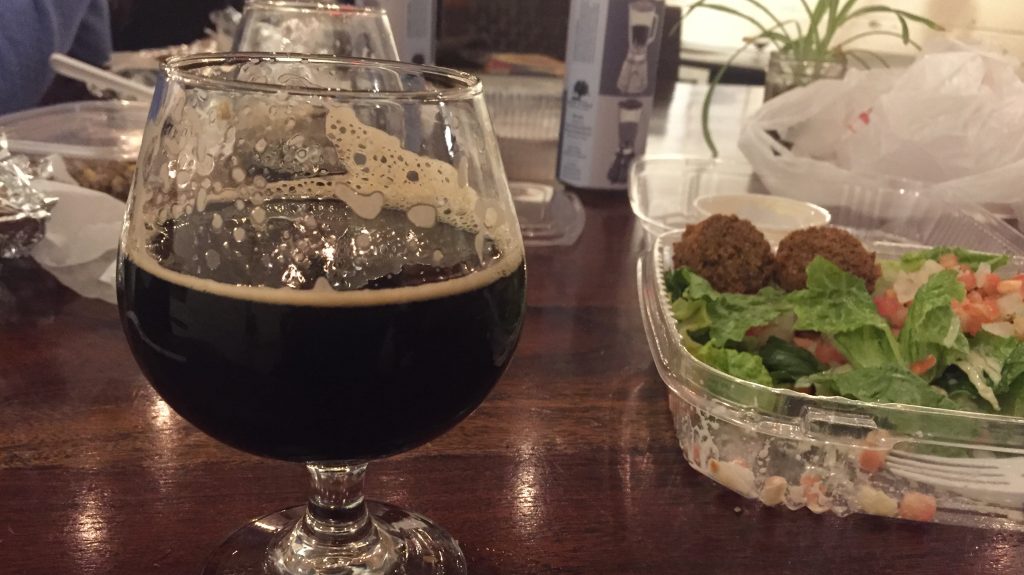 I realize it’s almost the end of January, but it’s been a busy month! I’m finally finding time to share some New Year’s resolution-type thoughts. Sometimes I make New Year’s resolutions and sometimes I don’t. I totally get that they might be passé. I’ve heard the whole speech many times: I don’t have to wait until New Year’s to make changes in my life. I can implement change at any time. Also: Almost no one sticks to their resolutions (Statistically speaking, I expect the majority of people have blown theirs already. Bonus points for me for not announcing them yet!) Also: I don’t make resolutions – I set goals.

Ok. At the same time, I feel the tug of the turning of the seasons, the new number on the calendar. New Year’s is at least a time for reflection and if we reflect, but take no action after reflection, what’s the point? My life is not perfect and I am far from perfect but I am happy for the opportunity to think about changes I might want to make.

But even more than I hate the 5K, I hate being afraid. It’s just a dumb race, so why does it scare me? In any case, I know one of the very best ways to get over being afraid of something is just to do it a bunch so that’s the plan. I tried to do more 5Ks in 2018 and still ended up with a grand total of ONE so I clearly need some better plan to make this happen.

More 5Ks is kind of a grim resolution though, which is why I added More Brewpubs. I don’t even like beer all that much, but the Incredible Mervus does and I like Mervus, quite a lot. We are like any other couple with two jobs, two kids, and too little time. So more brewpubs is a commitment to go out more, explore the offerings at the many local breweries,  and spend some time together not wrangling children and dealing with endless issues of family administration.

So far in January, I’ve managed two 5Ks and a brewpub visit! Already double my 5K score from 2018! Last week’s session at the Armory deserves its own post, but I raced way back on January 1. I had floated the idea of a New Year’s Day race with friends, but got no takers until we saw the weather report. 50 degrees and clear on January 1st in Connecticut? Pokey said, let’s go race after all! So off we went to the Resolution Run 5K. I ran this once before in 2014 with Fast Friend yelling at me the whole way and what was at the time a huge PR of 26:14. But this year, I was coming off a bout with the Norovirus, an upper respiratory infection, and quite a few weeks without much running. I also have a much faster PR (23:20). I knew that was out of reach, but this is a small race. I had a decent shot at first in my age group, which I’ve never managed. I also hoped to get under 25 minutes.

Pokey and I did our warm-up, lined up, and off we went. An early glance at my watch told me I was running in the low 7s, which was great! Right where I’d like to be. But ever since the Bunny Rock 5K with HPRM #1 last spring, I know how a 5K is supposed to feel. It needs to hurt and it needs to hurt pretty early. My brain was telling my legs to go, but they were not listening. Let’s just inflate HPRM #1’s head a little bit more because of course I could hear him yelling at me: DO WORK! But it didn’t much matter. Focus on fast turnover, you know how this is supposed to feel, you need to be breathing harder. Nope. It was just like at the Manchester Road Race in November. Press on the gas pedal and nothing happens. An odd feeling because I think I was pretty willing to create the pain a 5K is supposed to have and it just wasn’t happening. I have to say, even though that’s not what I wanted, it does make the 5K more enjoyable. I remembered Coach Mick’s advice to run with joy and thought, ok, you are here racing on New Year’s Day. Your foot is not hurting, which is freaking brilliant. You have a new friend with you and you are already checking off a box for #more5Ks. 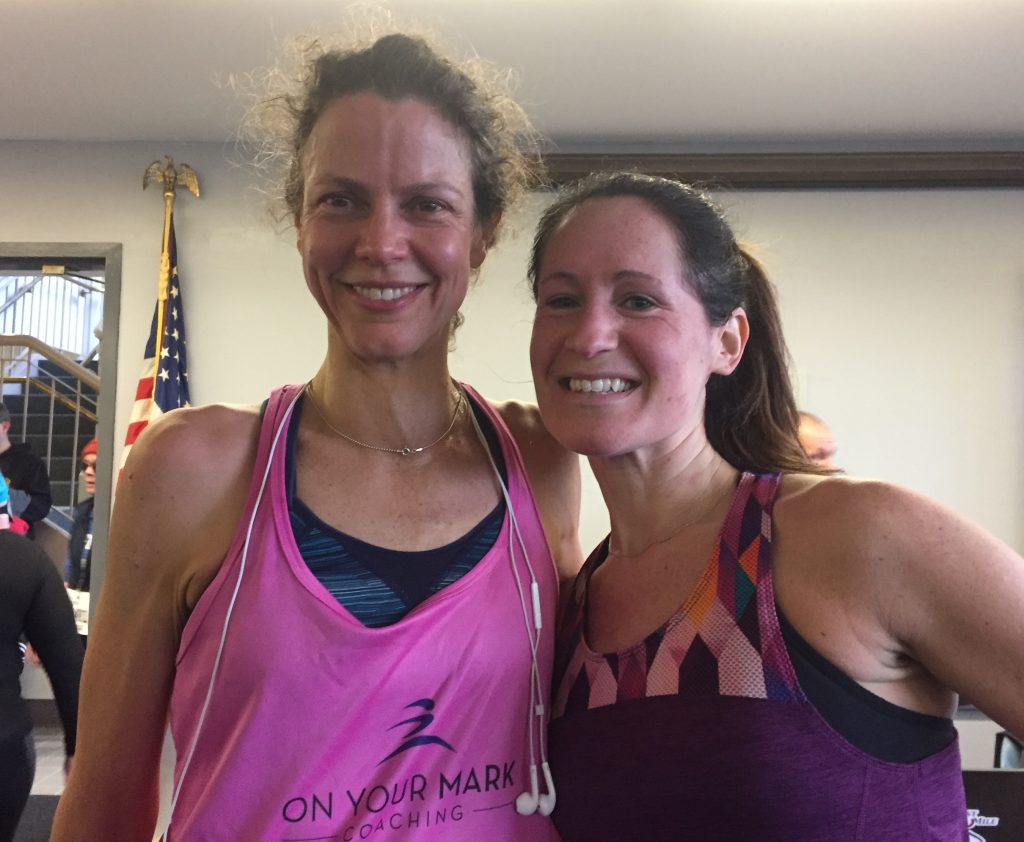 I often have more details for a race, but not for this one. Try to run faster. No response from the gas pedal. Remember to enjoy the race anyway. Repeat for 3.1 miles. That’s about it. Finish time 25:19 (blech), second in age group (blech), missed first by THREE SECONDS (BLECH!). I’m not one to pretend I don’t care when I miss goals. All of that bugged me. On the other hand, it was my first race with Pokey, who got SECOND FEMALE OVERALL! I’m so incredibly excited for her and I can’t wait for lots more races together. Also – I did manage #more5Ks and not every one of them is going to be a PR. 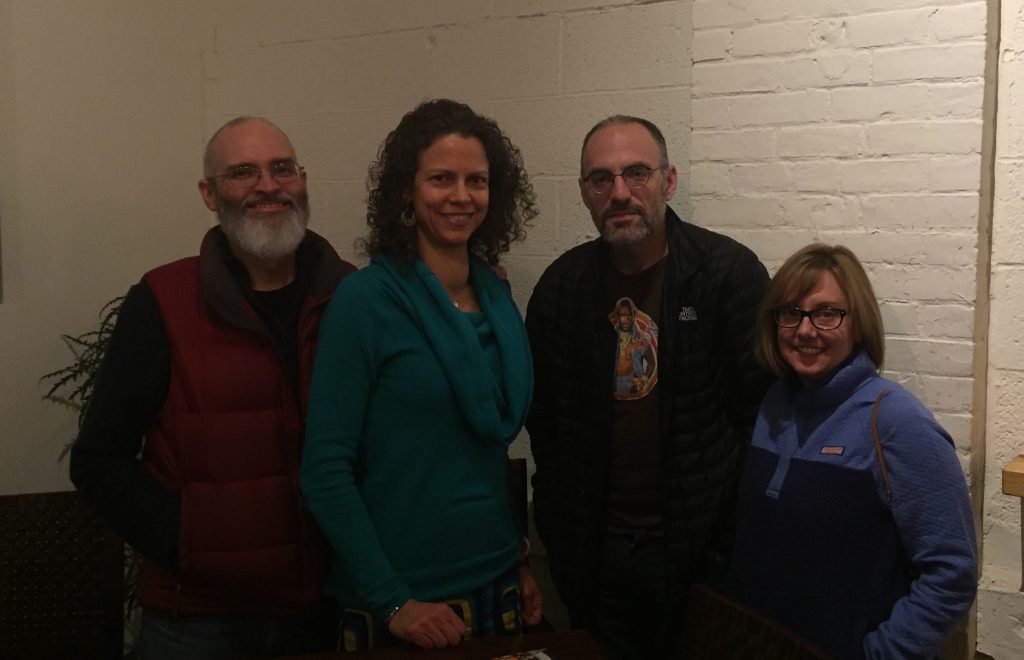 I thought I’d better get to work on #morebrewpubs as well. Mervus and I arranged to meet the Retiree and his wife at New Park Brewery in Hartford. Falafel and oatmeal stout turn out to be a fabulous combination. As I said, I’m really not huge beer drinker, yet that oatmeal stout is haunting my dreams. Soooo good. We are already planning the next brewpub outing and I actually already ran a second 5K. This might be the best New Year’s resolution combo ever!