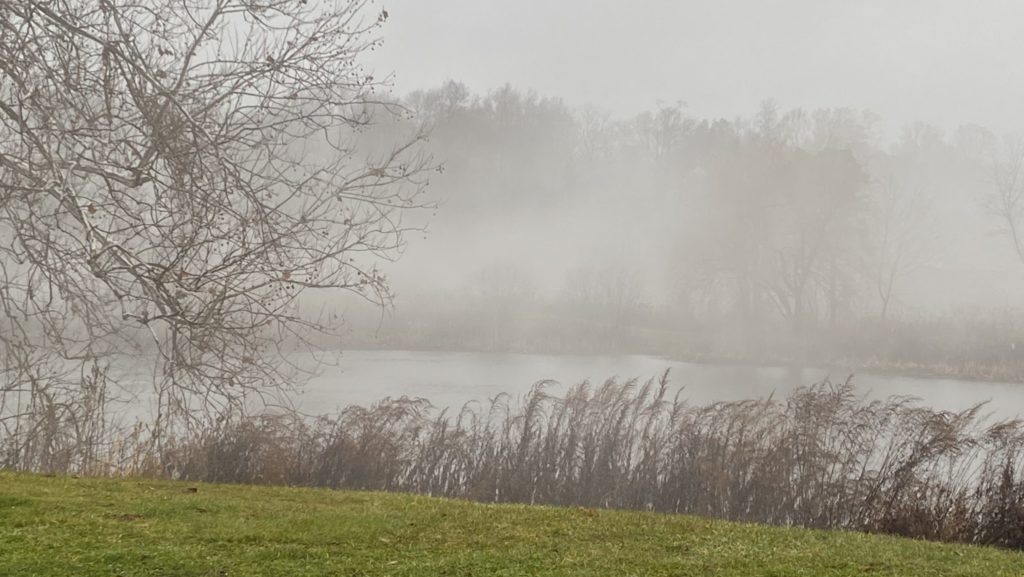 This run was a gift; that’s appropriate for December. The orchard run is a 7 mile loop with about 600 feet of elevation gain. Doing a double loop is considered a significant feat of badassery. Today my plan was the first loop solo and the second loop with two friends. Weather: grey, rainy, mid-30s, expected high winds at some point, not exactly ideal. But while I was driving to the run, “Wagon Wheel” came on the radio so:
“Rock me mama like the wind and the rain”
Let’s get after it.

The first mile of this run is entirely uphill, but it’s nothing like as steep as what is coming so it’s easy to think “Wow, this sucks, and it’s going to get so much worse!” That’s not a good approach. You have to take these hills one at a time. I try to pretend this first one isn’t happening at all. I was listening to a band called Relient K and the lyrics to their song “Merry Christmas, Here’s to Many More” say:
“I need to realize my sorry life’s not hanging by a thread
At least not yet.”
So: up the hill. 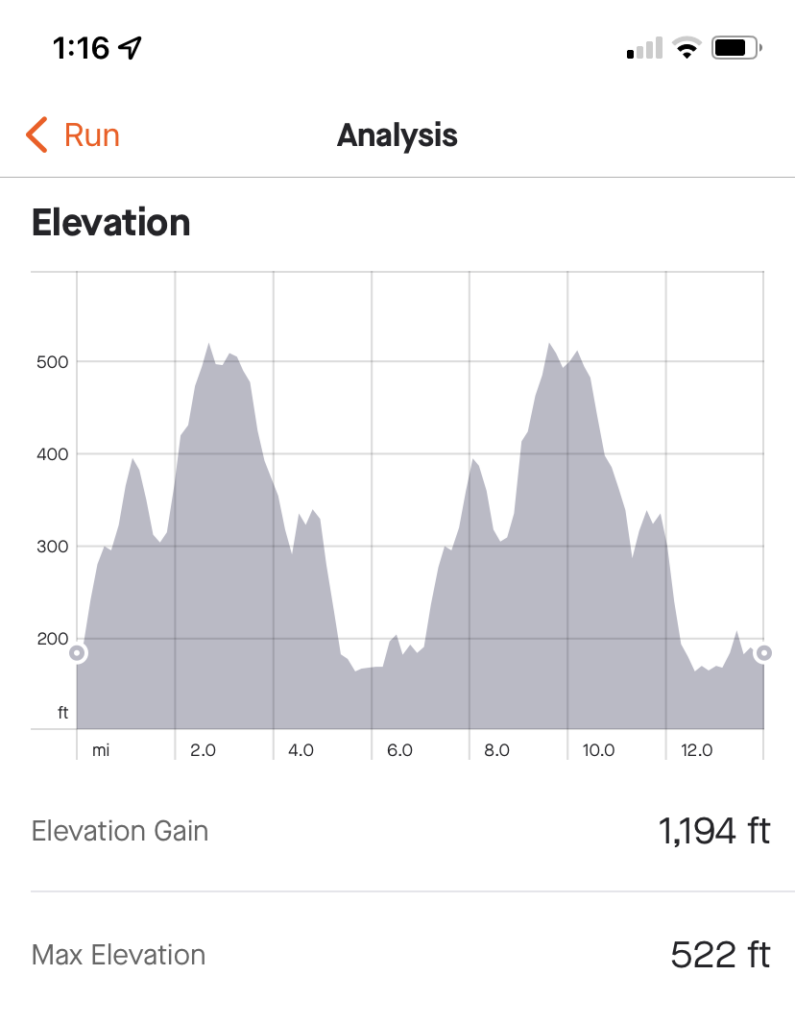 At the two mile mark, you turn a corner and see the real hill, which looks to be pretty much straight up. There’s no ignoring this one. It’s got three stages so just take them one at a time. When you get to the top, the view is the payoff. Sometimes you can see for miles. Today was so misty that it was like being on the top of the earth. I stopped for a quick picture. 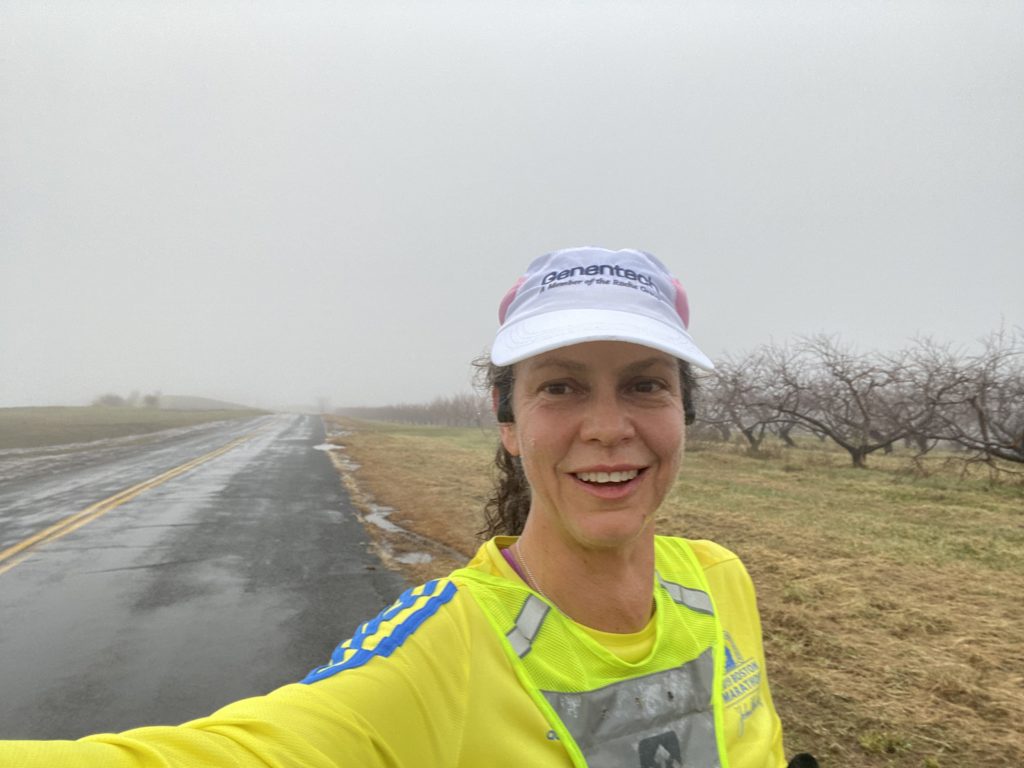 Then the big descent, which actually is still rolling hills, but a lot more down than up. I picked up my friends for the second loop. Flood had never done this run before and it’s extra fun with a first-timer. The weather had shifted and we ran through patches of warm air, at least 15 degrees warmer than the average temp, which was strange and unworldly. Flood powered up the hills like the champ she is and we took another picture at the top. Spring is the best season for this run when the trees are blooming but it’s good any time of year except summer when it’s too dang hot. 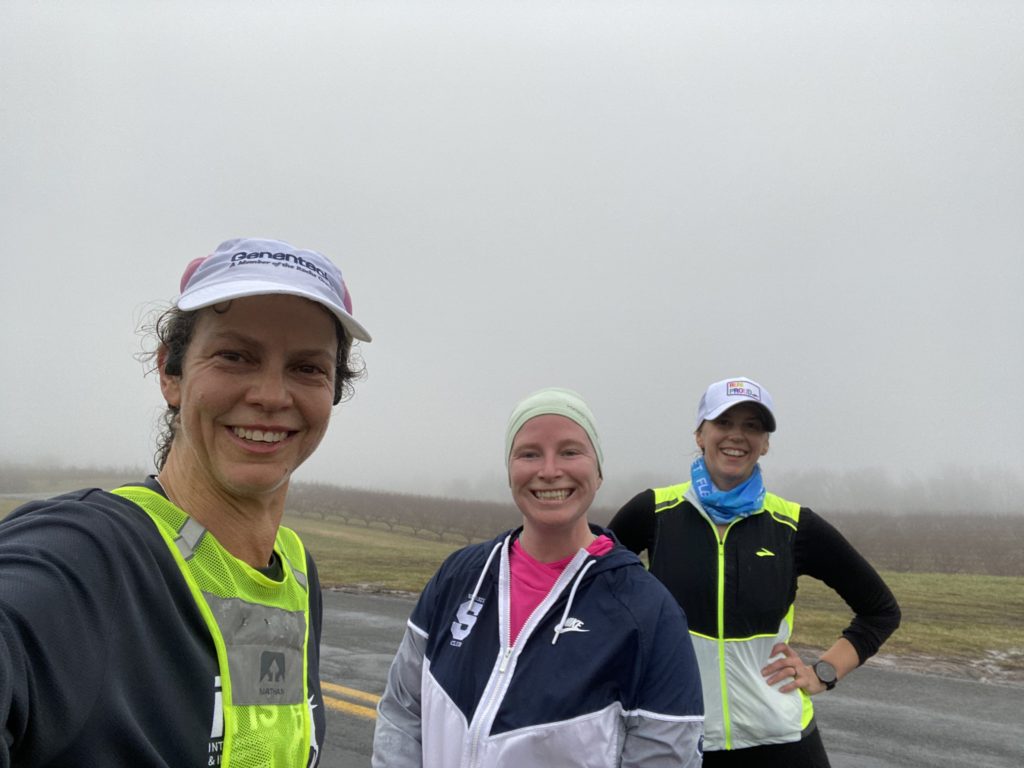 Back down again. As you approach the driveway to the parking lot, there’s a corn field. Obviously there’s no corn in December, but it looked like someone had planted Canadian geese. The field was chock full of them – I’ve never seen so many so close together. As we ran past, the whole field took flight, honking their way into the air. Proprunner said the whole run was worth that sight and she’s totally right. As we turned into the parking lot, the mist was hanging so low it looked like you could reach out and grab it. We spent ten minutes in the store buying donuts and when we came out, the mist was totally gone. 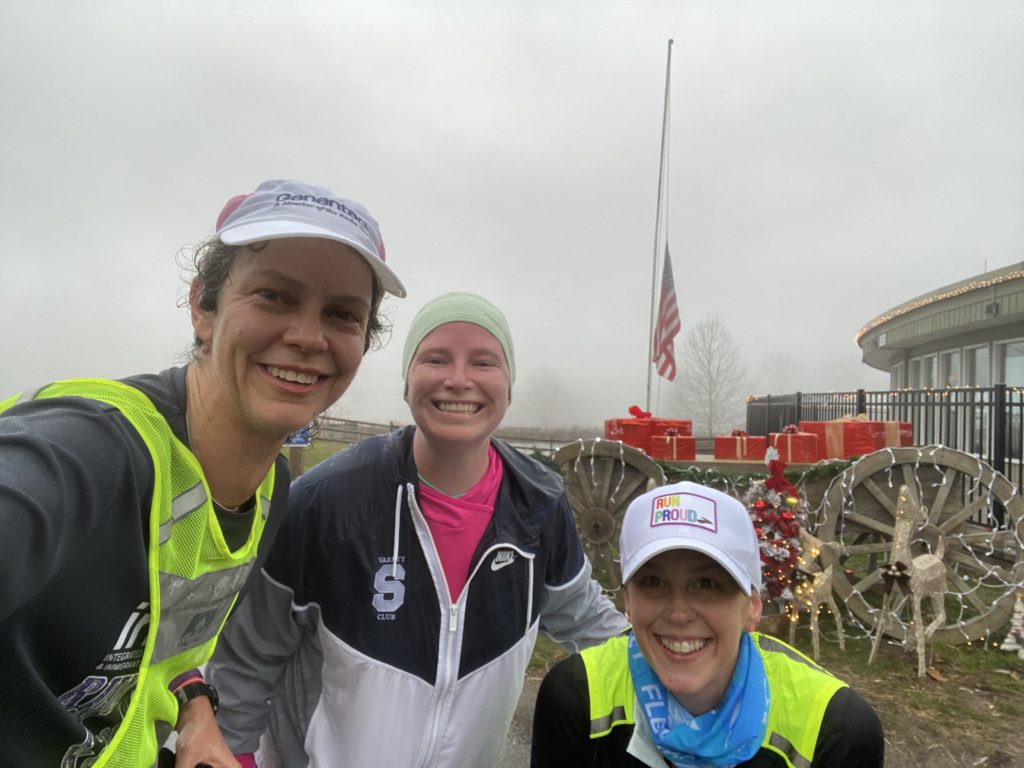 I feel a little sorry for anyone who didn’t start their day with a run like that. I love to train and I want to run fast. But more than anything, I want a lot of mornings like this in my life, with hills and mist and friends and geese. And donuts, of course.